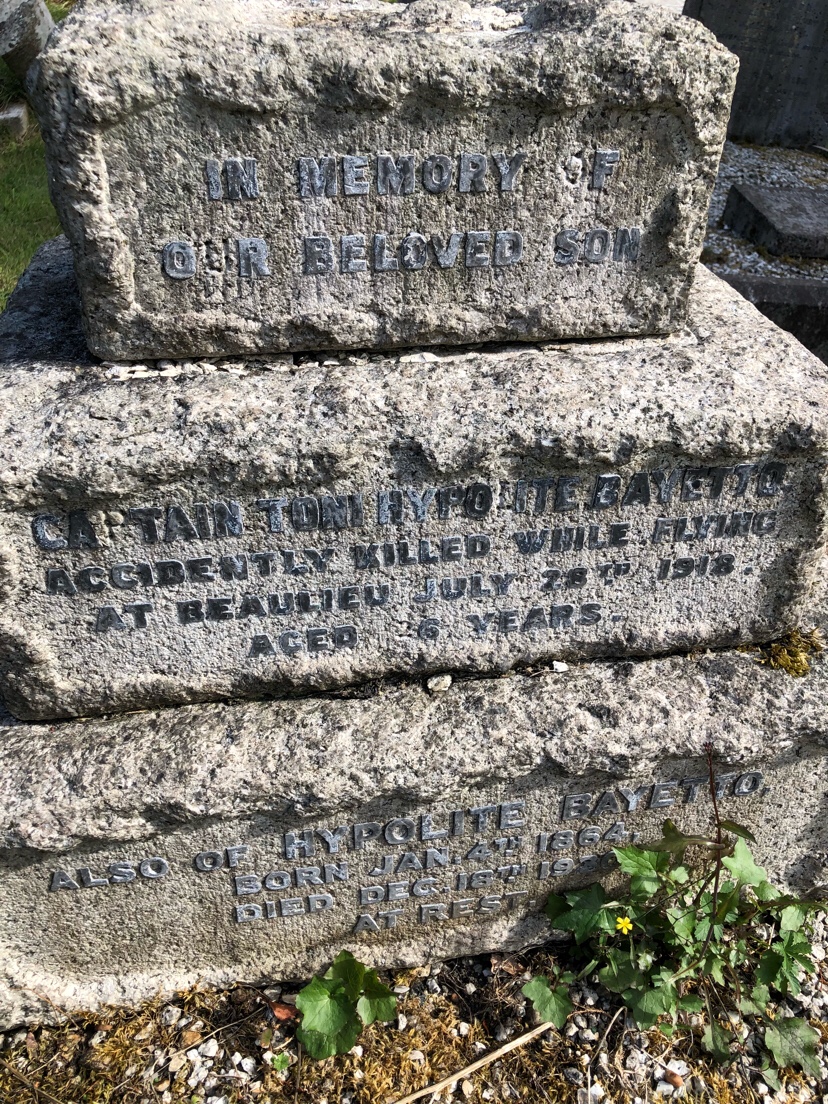 “I had a friend, Wing Commander Willie Fry, who knew Lt T P H Bayetto. Willie gave me the information which I used in a caption for a photograph of your great uncle in an old booklet of mine: British Fighter Units Western Front 1914-1916 which was published by Osprey in 1978. If you go on the web I think you’ll find there are still copies avaliable. The caption reads: ‘A popular officer in the RFC was Lt. T.P.H Bayetto… Bayetto’s father was head chef at one of London’s leading hotels and was always happy to give any RFC friends of his son a good meal free of charge’“. Alex Revell