Tone Hippolyte Paul Bayetto of “Ye Olde Roses” Lime Grove Avenue, Eastcote Pinner Middlesex joined the General List on a short service commission (for the duration of the war) with the Royal Flying Corps. He was enlisted at South Farnborough on 26 April 1915 with Reg no 4808 (WO/339/56618).

The Royal Flying Corps was formed on the 13th April 1912 and comprised a Military Wing, Naval Wing, Central Flying School and the Royal Aircraft Factory. The Naval Wing split from the RFC on 1st July 1914 to become the Royal Naval Air Service (‘RNAS’), under the control of the Admiralty. On the 1st April 1918 the RFC merged with the RNAS to form the Royal Air Force (‘RAF’).

The RFC was a Corps of the Army, and thus had Army ranks, regulations and procedures. All of the initial personnel of the RFC Military Wing comprised officers and men who transferred from the Army, and the Army continued to be a significant source of personnel for the RFC, either by permanent transfers, secondment or temporary attachment (the latter categories applying particular to observers).

Officers could initially enter the RFC in two ways: by transfer from an Army Unit or by joining the Special Reserve. The latter were sometimes known as ‘civilian pilots’ as they generally had no military experience. Subsequently it was possible to join the RFC directly and be entered on the ‘General List’ and this was how Tone joined the RMC. Once the officers service in the RFC was over he resigned his commission. There was thus an advantage in joining the Army first and applying for a transfer to the RFC, in that once the RFC service was completed the officer would return to his Army unit for continued employment.

A new officer would normally be appointed as a temporary 2nd Lieutenant or Probationary 2nd Lieutenant and enter the Recruits Depot. He would be given ground training at one of the Schools of Instruction (primarily Reading and Oxford). If destined to be a pilot he would undertake further training and/or assessment at one of the private Flying Schools taken over by the RFC, the Central Flying School or one of the Reserve Aeroplane Squadrons (‘RAS’), later renamed Reserve Squadrons (‘RS’), then Training Squadrons (‘TS’), and subsequently merged into Training Depot Stations (‘TDS’). Alternatively he could be trained as an Observer or Balloon Officer. Officers undertaking ground duties would generally be appointed as Equipment Officers. 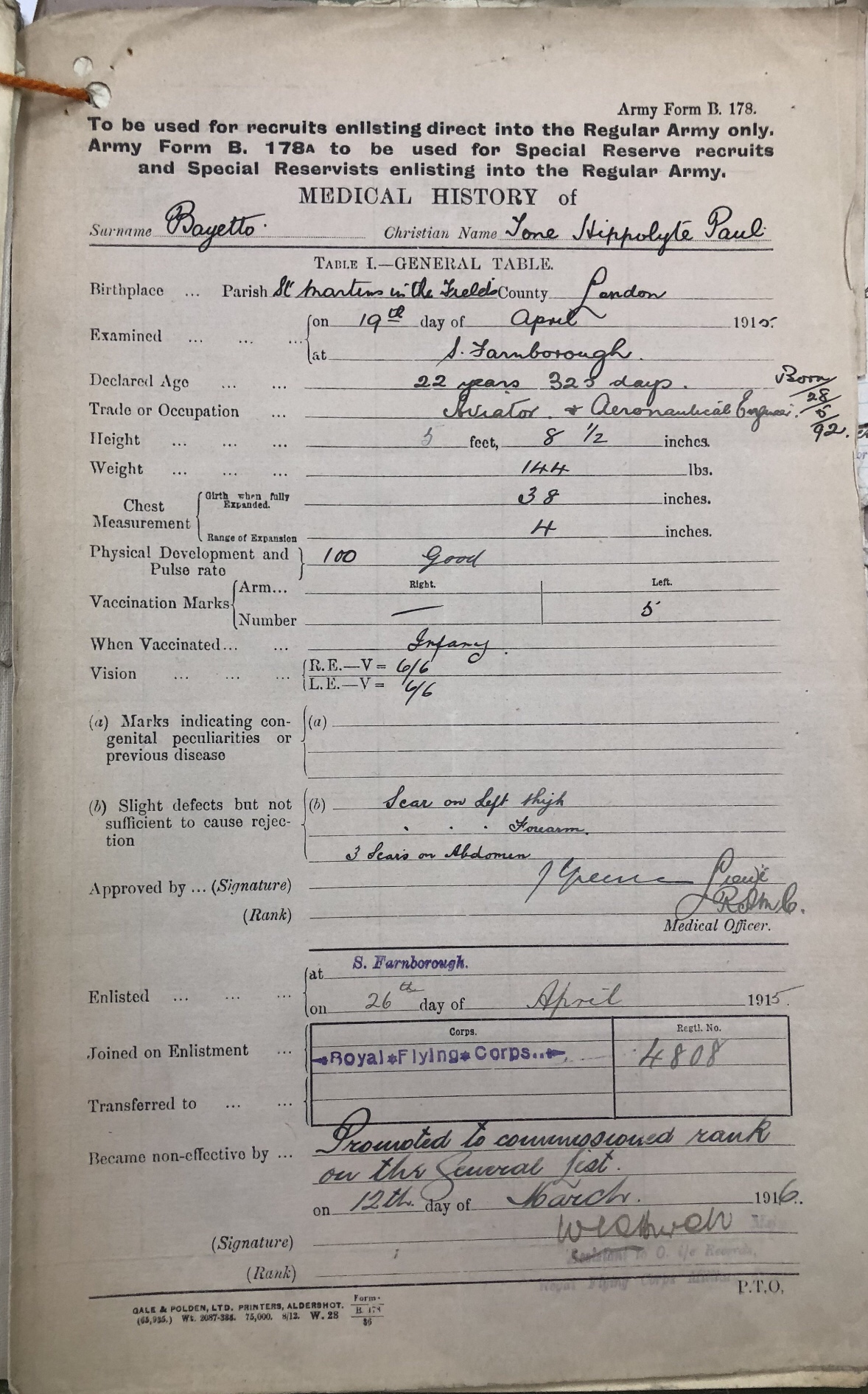